As discussed by Feidler et al. (1997), appropriate hebbian mechanisms would tend to associate quadrature pairs, enhancing the small degree of direction selectivity found here. However, the underlying distributions described here also affect the result. Thus, we predict that young kittens have fewer cells that are direction selective at low temporal frequencies, despite the preference for these frequencies in the tuning of LGN cells. This result is due to the small variance in absolute phase across the population. 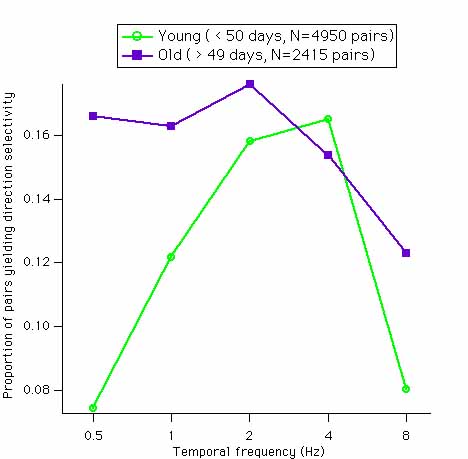